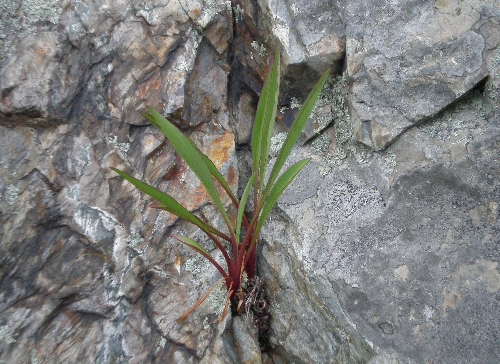 Two words I never want to hear, in relation to myself, and would not accept, are “palliative care”. I will never forget when my friend and employer as a handy man for 32 years told me he had decided to not do anything to try healing the cancer he had. I asked him what he was going to do about nutrition, or about dialing down the effects of the disease. His response was, “Well if I get too bad they’ll keep me from being in pain and give me what they call palliative care.” I couldn’t believe what I was hearing.

It wasn’t too long before nurses from hospice were visiting his house, and he had a couple of step-relatives helping. I visited him a couple of times in the last week of his life. I watched in disbelief as his mental assessment of the end of his life had a powerful influence on his speedy demise. He told me he had no regrets and was prepared to just watch life go slowly away, but it was much sooner than seemed possible. Only several days after having set up the hospital bed in his room, he went from talking in his normal robust intelligent voice, to fading in volume and having a foggy understanding of what was happening. He did have pain, and told me how he was not one for putting up with any of it. It was as if there was an unnatural force taking everything away from him. It seemed as if his mind was hastening things, or that there were some other intervening force.

My friend was someone who enjoyed words, and his interpretation of their meaning. Palliative Care was one of those terms that he seemed to take joy in explaining. It was all very difficult to listen to, as I was never one to give up until it was no longer my choice. I had no way of relating to this other philosophy of “just letting go”.

Every now and then, while dealing with my own cancer, I have a bout of nausea or unexplainable pain. I sometimes call it a set-back, even though it is probably a symptom of something new I’ve done, like a sprain from a wrong movement, a complication from a hernia, environmental influence, or is in some way related to my natural therapy. As of recently I have a huge problem with my breathing, meaning shortness of breath. I worry about the source and run through a variety of possibilities in my head: Maybe my tumor is larger. Maybe one of my hernias swelled up and is pushing on my lungs. Maybe the asbestos I worked around is now bothering me or I ingested some foreign dust that has lodged there. At any rate, I know I need to get someone with a fresh eye to take a look at or hear the symptoms. My wife is worried, but I keep talking as if it will sort itself out and get better.

One thing I do know is I’m not going to let anyone give me a doomsday explanation and throw up my hands to say, “Well this is it, I’m done.” Not what I’m about. I’ll just decide I need a better answer and work harder to correct the problem. I’ll certainly plug my ears with my hands, like a little kid, and start making repetitive sounds to block out any verbal contact if anyone ever says those words “palliative care.”